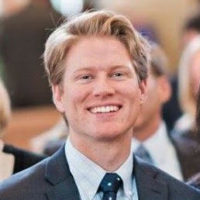 Zachary hails from Olney, Maryland, a suburb of Washington D.C.  A high school quarterback, Zachary was recruited to play football at the University of Dayton from 2009-2011.  Zachary completed his undergraduate education with a semester in Copenhagen, Denmark where is was often mistaken for a Dane.

Zachary received his Bachelor of Arts degree as a history major with a political science minor in May 2013.  In the year between undergraduate and law school, Zachary completed a nine-week intelligence analysis course through the Advanced Technical Intelligence Center and also worked as project manager for Mediabarn, a user experience and digital staffing agency based out of Arlington, Virginia.

Zachary began his legal education at Case Western Reserve University School of Law in August 2014 and graduated in May 2017.  While at CWRU Law, Zachary worked for a boutique law firm in Akron, Ohio; a prosecutor’s office in Mentor, Ohio; a federal energy regulator in Independence, Ohio; and for a full year as an intern in the Intellectual Property and Venture Clinic.

After graduation, Zachary followed his fiancé to Columbus Ohio where he passed the July 2017 BAR Exam.  Zachary worked for the Columbus City Attorney’s Office Environmental Division until March of 2018 where he worked with police and code enforcement to eliminate public nuisance properties through injunctive relief and other equitable solutions.

Zachary has been Of-Counsel at Richardson Law LLC since March 2018.  Zachary’s focus, intensity and passion make him an effective litigator and advocate.