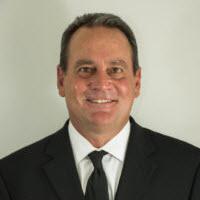 In his thirty-three year career as an Attorney, Randy has honed his skills to provide targeted, efficient, legal and practical problem solving through negotiation and litigation. Randy always puts his client’s interests first and tries to find the most efficient solutions to his clients’ legal issues and concerns. To that end, Randy is aggressive against his legal adversaries, and yet kind, understanding, and accessible to his clients.

Randy is admitted to practice law in all Ohio state courts as well as the United States District Courts of the Southern and Northern Districts of Ohio.

Before launching Richardson Law, LLC, Randy was the lead litigator for the Columbus, Dayton, and Cincinnati offices of the UAW Legal Services Plan. He is a consumer activist and advocate; bringing 33 years of experience in consumer related and civil law matters to his many clients.

In addition to graduating at the top of his class with honors in law from The Ohio State University Moritz College of Law, Randy received the following awards:

During law school, Randy worked full time as a Mediator and Director of the Night Prosecutor Program for the Criminal Division of the City of Columbus. The Columbus Night Prosecutor Mediation Program received a multitude of awards as the preeminent Alternative Dispute Resolution program in the United States. It served as a model for than 50 similar programs and was designated as an Exemplary Project by the Law Enforcement Assistance Administration.